Trip from Bishkek to Torugart - ITMC Travel
Skip to content

Trip from Bishkek to Torugart 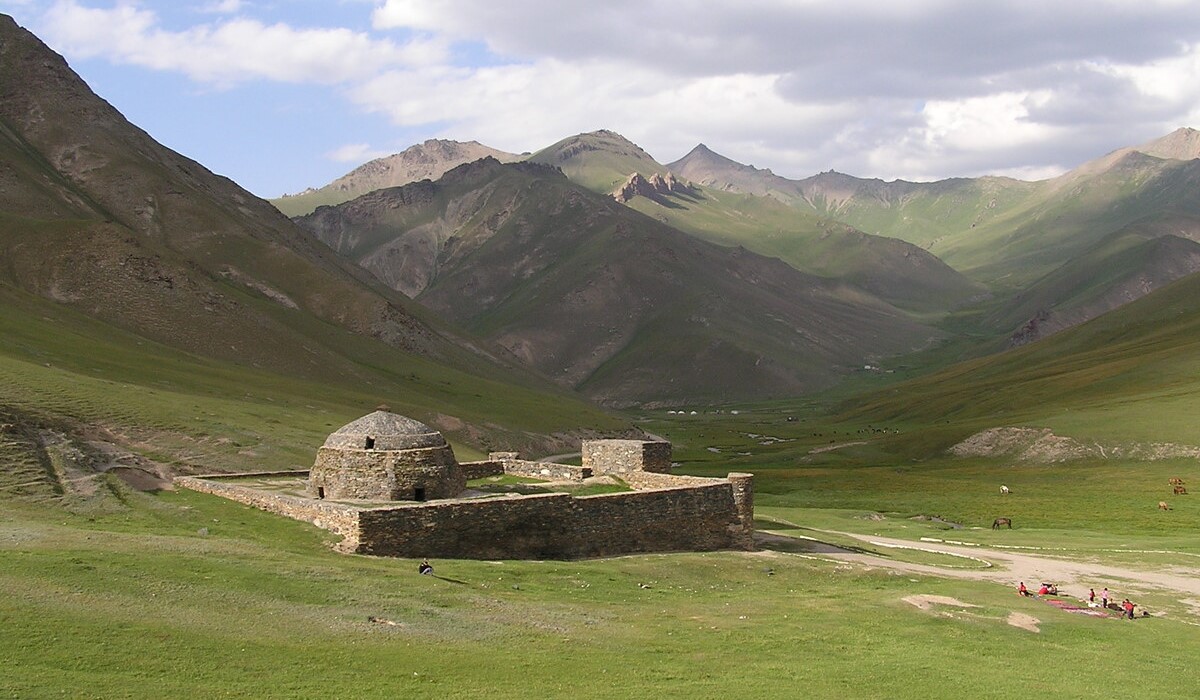 Best season: All year around

This program can be a part of the large tour, which includes not only a visit of some of colorful cities of Kyrgyzstan, but also familiarity with the specifics of the People’s Republic of China. We will visit Naryn, the administrative center of the Naryn region, the largest region of the country at the beginning of the program, and further go to the pass Torugart. Visit of some famous sights of the country are also included in the trip.

It is located 186 kilometers far from the Chinese border at the altitude of 2,000 meters. Town population is just over 40,000 people. Despite the relatively small population, the city is the administrative center of Naryn Region. There are museums, secondary and higher educational institutions, state administrative structures here.

The city is located in a picturesque place at the foot of the Naryn-Too Ridge.  Many small reservoirs cut across the Ridge and mountain landscapes combined with steppe zones here, being in harmony with forests. Natural beauty compensates for the fact that Naryn is perhaps the coldest city in Kyrgyzstan. The temperature in winter here sometimes reaches – 40 degrees Celsius. It is also not so hot here in summer.

Torugart is the single pass connecting China and Kyrgyzstan. It is located on the Great Silk Road. This area was involved in the process of dividing influence in Central Asia between China and the Russian Empire in the early 19th century. Now the site is also strategically important, and tourists who want to travel along the Silk Road on their own often faced to difficulties during the border crossing. Mainly due to the absence of travel permits to enter China. However, people who travel in an organized group, through specialized and approved companies do not have any troubles on the border.

This part of the tour starts in the capital of Kyrgyzstan. You will depart to Naryn early in the morning. Travel time is approximately 5-6 hours, taking into account, that several stops are planned during the trip. We will visit to the monument of cultural heritage of the Republic-the Burana tower. This is perhaps the oldest building of such type in Central Asia.  It dates from the X-XI centuries. After the group will go to the Kochkor Village to enjoy the colorful dishes of Kyrgyz cuisine for the lunch and to learn more about local national traditions. You will see folklore show, and can buy national felt hand made products produced by Kyrgyz needlewomen. Arrival to Naryn in the evening. You will stay at cozy guest house and get a delicious dinner.

Important! The folklore show can be ordered optionally at extra charge

Today the group will have to wake up early in the morning. It is very important to be at the border some hours before afternoon. Border office is closed for lunch break from 12.00 to 15.00 p.m.; registration at that time will be impossible.

We will arrange your transfer to the pass separated two countries just after breakfast. The distance is almost 200 kilometers. Transfer takes about 3-4 hours. Next you will need to go through the customs control, fill and submit all necessary documents. As a rule, the procedure takes no more than one hour. You will meet staff of Chinese partner at the opposite side of the border and continue your journey along the Great Silk Road.

–  The weather in Naryn region is quite cold at nights. We recommend you to have warm clothes, raincoat or others to protect yourself from cold and rain;

Accommodation in four or five-star hotel in Bishkek – available on request, prices on request

Folklore show in Kochkor village – from USD 50 per group