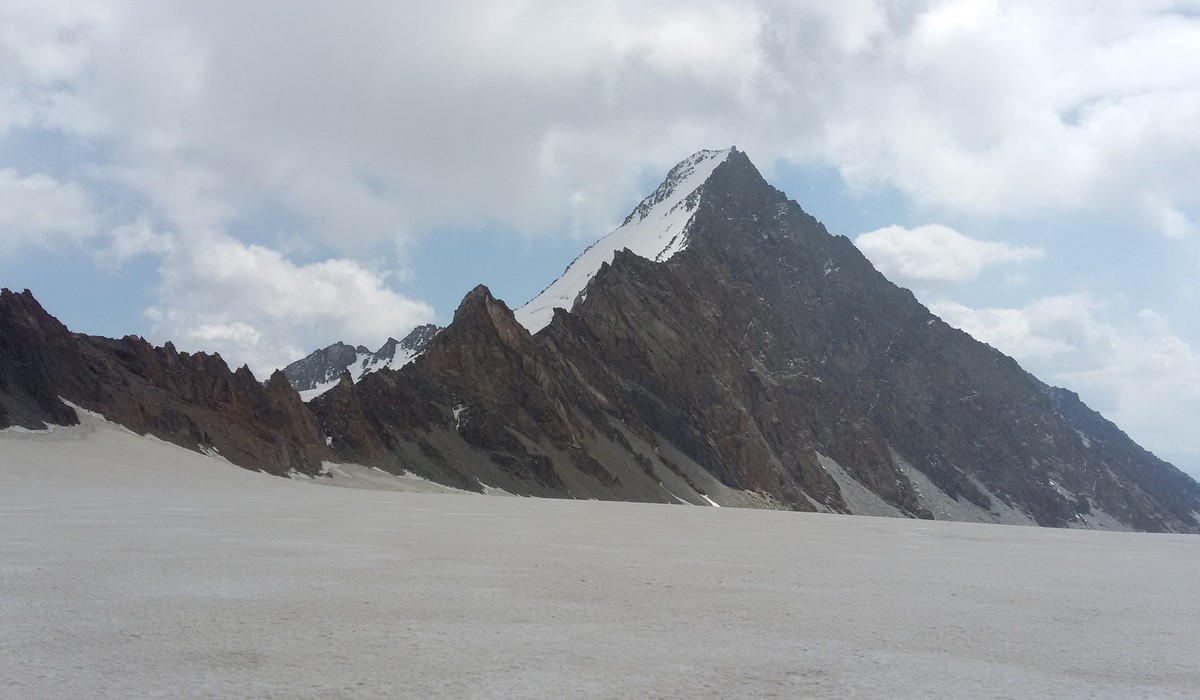 The Range is situated in southern part of the middle Tien-Shan. Its sub latitudinal strike is more than 100 km. It’s administered by Atbashinskyi District of the Naryn oblast. 70 km of central of the Range is of the interest for climbers. Despite easy access the region is still relatively unexplored by climbers. There are possibly more than hundred unclimbed mountains over 4000m in the region still now. In the South-Western part of the ridge are excellent opportunities for rock climbing consists of limestone monolithic walls up to 200 meters. Access to both the Northern and the Southern slopes of the Range, though not very difficult, but is possible only on cross-country vehicles, adapted to ride on the mountain off-road. The most favorable season for climbing is from mid-June to mid-September when the weather is most stable.

First ascents were done in 2002 by army climbers Naryn region under the leadership of Vladimir Komissarov and major Myrza Tezekbaev. Later, after 2007 there were several expeditions led by Pat Littlejohn, Andrew Wielochowski, Steve Brown, Emily Ward and Adrian Nelhams.

A busy highway connecting Torugart pass and Naryn is located along the northen slopes of the range. Convenient base camps can be set up there within 2-3 hour walking distance to the climbing start. Horses can be hired to deliver loads from BC to ABC which is approx 4 hours walking. Elevation of the summits from ABC is 600-800m. Routes are on rock combined, rarely on ice-snow. NO permits to accsess canyons of northen slopes.

Southern slope is reached by road connecting Kindi pass on the East and Torugart pass on the West of the range. All southern canyons can be easily accessed by road and only by 4wd tracks. The road passes on the right side of the Ak-Suu river, which possible to cross by vehicle relatively safely near of Kultsentr Village where there is a vehicle river passing to a depth of 0.6 meters. In other places it is possible to move only in places of wide spill of the river. In fact, that to upper reaches of the South slopes gorges possible drive by high-water beds almost to the end moraines of glaciers. In comparison with the northern slope of the range and At-Bashi valley the level of erosion in this part is much higher and elevation is less. The peaks are more glaciated and offer snow and ice ascents as well as mixed rocky ridges. The southern slopes are in the border area and special permit is required.

Southern part of the Range was visited much more then Northern. Here were explored valleys of rivers Kensu, Kashkaratash and Mustabas. Many peaks of the valleys were climbed, but many peaks are still virgins. It very well seen on the maps here. Other canyons were not visited by climbers to 2018.

Tab of climbed summits and routes of At-Bashi Range, Kyrgyzstan