Journey from Kazakhstan to Kyrgyzstan - ITMC Travel
Skip to content

Journey from Kazakhstan to Kyrgyzstan 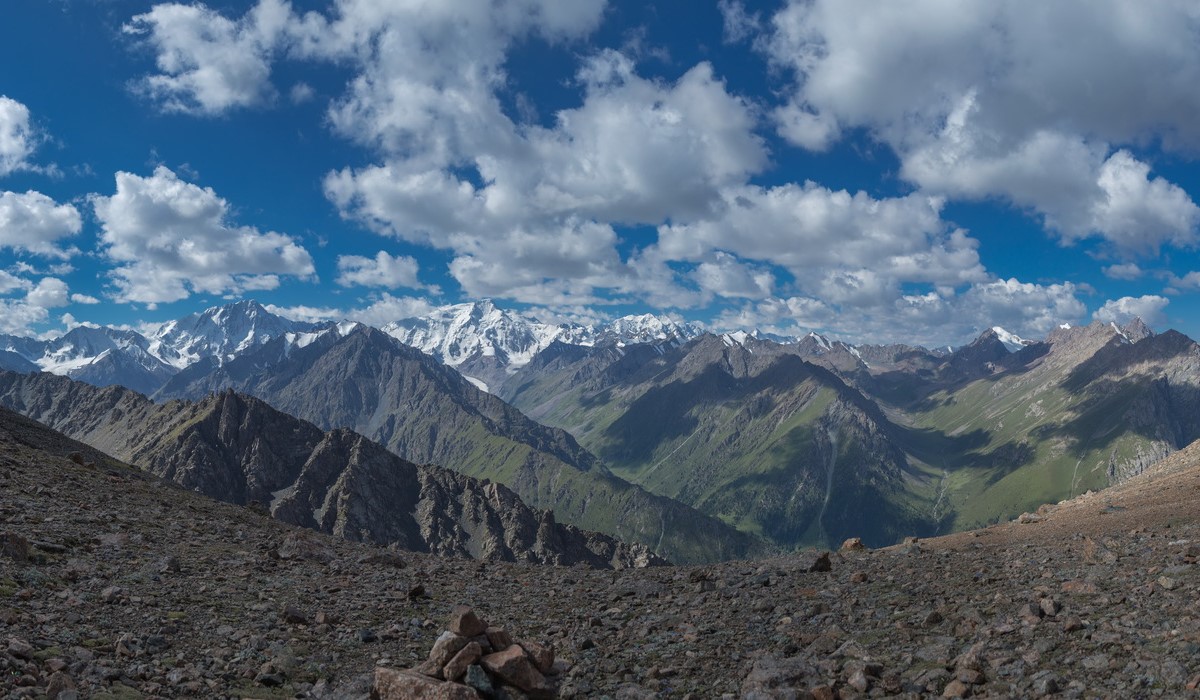 Duration: 9 days (tour duration can be changed according to the interest of participants)

In the frame of the program, we would like to offer you to repeat the legendary route passing through two Central Asian republics – Kazakhstan and Kyrgyzstan. The way which was passed by hundreds of caravans in the distant past. Colorful textile, spices, precious metals and thousands of other goods have been delivered to European countries from Iran, India and China through the Tien – Shan Mountains for the fifteen centuries. The route of caravans went along this way via the Fergana valley and further to Khorezm and Taraz.  You will have a chance to enjoy incredible scenery, majestic mountains, crystal water of Issyk-Kul Lake, as well as to visit the memorable places of the cities which was built on the Great Silk Road.

We suggest you to pass the main trade route in the Middle Ages. A lot of legends were born, great discoveries and significant events of the past took place here.

Our journey starts from the «southern capital» of the Republic of Kazakhstan — Almaty city.

As part of the city tour you will visit:

– Zenkov’s Orthodox Cathedral (The Ascension Cathedral).  Majestic building fascinates with the unique beauty of the facades and interior decoration and spiritual bell ringing. The Cathedral is famous with complicated history. It survived after 10-magnitude earthquake, change of political regimes and it was reconstructed as a museum. The church is open for praying today. Each icon accompanied by the text of the prayer and few words about the saint image. Such approach to religion is hard to find somewhere else. The interesting fact is that the Cathedral was connected by underground tunnel with the houses of the Governor-General and the bishop. The tunnel was founded in the middle of the last century.

– The State Museum of the Republic of Kazakhstan was open in the beginning of the 19th century. The museum constantly expands the exposition. The first hall contains artifacts obtained during excavations throughout the territory of Kazakhstan. There are models of ancient buildings and even pollen of ancient plants! Exhibits from the second hall reflect the history of the Republic. You can see here household items, weapons, jewelry and others. Real national yurt is installed in the second hall. The third hall expositions are focusing on the ethnic groups of Kazakhstan, and the fourth — on the history of the Republic since gaining its independence. Fund’s collection consists of about 300 thousand units totally.

– Abai Opera and Ballet Theatre. The theatre grew out of small Studio opened in the 30s of the last century to one of the largest theater in Eurasia. It still keeps memory of the Great World War time, when all money obtained from performances were sent to the front. It also keeps the memory of crises of “perestroika” time. You can visit the Museum, opened in the theater recently and learn more about the history of the site.

Further the itinerary goes from Almaty to the Medeo Valley, where the largest in the world Alpine self-titled sports complex is located. You will be impressed with magnificent nature view and high level of technical equipment at the same time. Ice skating rink covering the area of 10,5 thousand square meters deserves the special attention. Purest mountain water is used for the fill. Medeo rightfully called “factory of achievements”. Hundreds of the world records were set here.

We will follow the direction of the Great Silk Road and further go to Kyrgyzstan. Here is the list of Kyrgyz places to visit:

–  Ala-Archa National Park. (located 40 km far from Bishkek).  Ala-Archa Gorge received the name because of the bush growing here “colorful juniper” (Archa). But this is not the single reason of this land popularity. Contrasting landscapes, a variety of mountain landscapes, numerous waterfalls, rare animals and many sports routes attract hundreds of scientists, tourists and sportsmen from all over the world.

– Chon-Kemin National Park is the area protected by Kyrgyz government. This Park is important not only because of preservation of natural and cultural heritage, but also this is a platform for biological and historical research. There are more than a hundred glaciers on the territory of the park. More than fifty varieties of plants grow here, including rare trees. It is expected that valuable artifacts can be founded here in a nearest future.

Przewalsky Museum  located in Karakol town. This complex is focused on the achievements of the world – famous traveler Nikolay Mikhaylovich Przhevalsky. Documents and exhibits from the archives of the Soviet Geographical Union are presented here, as well as personal belongings and achievements of the great naturalist.

Petroglyphs Museum (garden of stones) is a kind of gallery of rock art, created by the hands of distant ancestors, where you can see unique monumental drawings (some dated 2000 BC), reflected the scenes of ancient hunting and life, images of animals and plants. Perhaps it was a cult place intended for religious ceremonies in the past. According to another version the temple was located here.

Our representatives will meet you at the airport and arrange transfer to the hotel for you. After a short rest you will join city-tour and visit to 28 Panfilov’s Park and The Ascension Cathedral, located near the Museum of Musical Instruments, the State Museum of the Republic of Kazakhstan and the Republic Square, where the Monument of Independence is located. City tour schedule includes also visit to Abai Opera and Ballet Theater and Medeo Complex. Three-star hotel accommodation is included in the price.

After breakfast you will go to the capital of Kyrgyzstan. Jorney takes about 5 hours; the distance is 250 km; we will need extra time for customs procedure at the border. Travelers will stay in Bishkek in the hotel. After some rest at the hotel you will go to explore Kyrgyz capital. City tour includes visit to Fine Arts Museum, the State Philharmonic, the Ala-Too Central Square, Victory Square and souvenir shops.

After breakfast transfer to Ala-Archa National Park (40 km from the capital) for short excursion and further trip to Chon-Kemin Natural Park. The distance between the parks is 175 km. Driving time is about 3 hours.

The main program can optionally include: folklore-show, horseback riding, as well as horse-driving cart. We will arrange your accommodation in a comfortable guest house and provide you with full board.

Breakfast at the guest house. Morning transfer to the Southern side of Issyk-Kul Lake. You will enjoy beauty of virgin nature, mountain slopes of the Tien Shan with nomads’ yurts on the way. Upon arrival, you can walk around after some rest in guest house “Tamga” (the price of the program includes dinner and breakfast in the guest house).

After breakfast we will arrange morning transfer to Karakol Town (100 km far from Tamga Village). You will visit the Muslim Mosque and the Orthodox Church, the Museum of Przewalsky and Oriental Bazaar this day. Further we will move to Cholpon-Ata in the afternoon. On arrival check- in and rest in the hotel.

After breakfast at the hotel you will go for excursion to the Museum of Ancient Petroglyphs at the open air. In afternoon you will have time for rest on the beach of Issyk-Kul Lake. Optionally, you can go by boat across the lake.

Breakfast.  Morning departure to Bishkek. You will visit the ancient minaret-Burana tower (X-XI centuries) on the way.  Check-in and rest in the hotel upon arrival. You will have time for last-minute shopping this day.

Early breakfast and transfer back to Almaty? Kazakhstan. You will have time to walk around the city, buy souvenirs and taste local cuisine upon arrival after registration procedure at the hotel.

Breakfast in the hotel. Transfer to the Almaty airport takes 20 minutes. Airport formalities and flight to the next destination.

–  Itinerary and duration of the program can be changed according to the request of the participants;

–  Booking of the hotels of higher level are available on request.

For further details, please contact us by email: itmc@ecat.kg

*Prices for other size groups are available on request.

Prices include the following services:

Breakfasts at the hotels and guest houses, dinner in Chon-Kemin and Tamga

Horseback riding in Chon-Kemin – USD 20 per horse per day